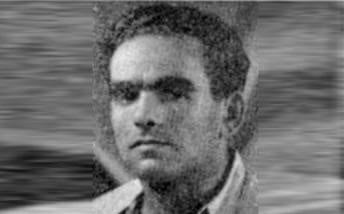 Yitzhak Shamir was born Icchak Jeziernicky in the small town of Ruzhany, part of the Russian Empire which became eastern Poland after the Great War. It had five thousand residents, most of whom were Jewish. His father Shlomo owned a small tannery and was considered to be well-off. His mother, Perla Penina, daughter of Hanoch Shavzin, was a generous and wise woman, active in the community. Yitzhak had two older sisters, Miriam and Rivka.

Shlomo was traditional and a dedicated Zionist. He was the leader of the Jewish community in the town, and he was always ready to give advice to anyone who might need it. He had qualities of wisdom and morality, and a distaste for flattery. He influenced Yitzhak more than any other person in his life, and he gave him his Zionist education concerning the right of the Jews to have a state in Eretz Israel. This is why he supported the local Hebrew school and was so dedicated to it. It was only natural that Yitzhak would receive a true Hebrew education, inextricably linked to Eretz Israel. He attended grade school in the Hebrew Tarbut (Culture) school. When the family moved to the nearby town of Wołkowysk, he began studying at the local Hebrew gymnasium. Two years later, he was sent to the Hebrew Gymnasium of Białystok to complete his studies.

Even in his youth, Shamir had a yearning to see the Zionist dream fulfilled with the return of the Jewish people to Eretz Israel; in 1929, in reaction to the Arab riots there, he joined the Beitar movement. His identification with Jabotinsky’s teachings shaped his future political life.

In 1932, he started studying law in the University of Warsaw, while continuing his activity in Beitar. After the Nazis took over Germany, Propaganda Minister Joseph Goebbels visited Poland, and Shamir realized that there was nothing more for him in Europe. He immediately decided to immigrate to Eretz Israel.

In 1935, he halted his studies, and in November of that year, he immigrated to Eretz Israel, after receiving a student visa. His father, who had done everything to help him in this endeavor, promised to join him soon, but this promise was never fulfilled. Shamir’s parents and family were wiped out in the Holocaust.

When he arrived in Eretz Israel, he began working in construction and then found work in an accountant’s office in Tel Aviv. Some days later, he enrolled in the philosophy department of the Hebrew University in Jerusalem on Mt. Scopus. One of his professors was Joseph Klausner, who taught Jewish history. During the Arab riots of 1936-1939, when IZL was founded due to the Yishuv’s policy of restraint, Shamir quit his studies and joined IZL in Tel Aviv in 1937.

He was trained in demolitions and arms, and he studied military tactics. He climbed the ranks, training the “nationalist cells” of students of the Tel Aviv gymnasiums. In 1938, he was drafted into the special units which planned and carried out reprisal attacks against the Arabs and the British; simultaneously, he continued to be active in intelligence and special training. Shamir took part in the protests organized by IZL in 1939 in opposition to the White Paper.

When World War II broke out, after it was decided to halt all anti-British activities for the duration of the war, he joined Yair, who left IZL and founded Lehi, with the goal of fighting the foreign British occupier until it could be expelled and a Hebrew government installed in its place. Shamir served as deputy commander for the Tel Aviv region. He was deeply influenced by Yair’s personality and his revolutionary teaching; like many others, he was enchanted. Later, after Yair’s murder, he was the one to rebuild the ruins of the underground and continue in Yair’s path until Britain could be removed from Eretz Israel.

Yitzhak was arrested on December 2nd, 1941, when he went to meet Yehoshua Zatler, one of Lehi’s senior commanders. He was interrogated by Thomas James Wilkin, commander of the Jewish division in the CID; Wilkin would later participate in the murder of Yair and be assassinated by Lehi in 1944. Shamir was transported to Jaffa Prison, where he was tried and sentenced to three months of imprisonment. However, he was immediately put into administrative detention and transferred to Acre Prison. A short time later, he was transferred to the Mizra detention camp, where he became responsible for a number of Lehi prisoners. Yair’s murder shocked them and motivated him to flee from prison in order to rebuild the underground on the outside. He escaped along with Eliyahu Giladi, an active Lehi member, on September 1st, 1942.

Yitzhak found an organization in disrepair, and he quickly set about rebuilding it: renewing the lost connections; recruiting new immigrants who had arrived from abroad; setting up a branch in Egypt, who sent weapons and ammunition to the fighters. He made the mechanisms of Lehi more effective, increasing the levels of secrecy while recruiting supporters of the underground who would provide locations for hiding, housing and warehousing. He also organized fundraising activities, directing the development of courses in ideology and firearms training while he set up new branches all over Eretz Israel and eventually abroad as well. With Dr. Israel Eldad and Natan Yellin-Mor, he set up the Lehi’s central committee, in which the organizational activity was focused, with his personal responsibility being the combat division. Among other operations, he ordered the assassination of Lord Moyne and the attempts on the life of High Commissioner MacMichael.

During the great siege of Tel Aviv, after IZL had blown up the King David Hotel in Jerusalem, Shamir was arrested, in August 1946, in a rabbinical disguise: “Rabbi Dov Shamir” had a long beard and was dressed all in black, but he was identified as Icchak Jeziernicky and imprisoned in the central prison in Jerusalem, where he was kept in solitary confinement. He was deported by the British in the tenth group expelled from Eretz Israel to Africa, and he arrived in Asmara, Eritrea.

He escaped twice, on August 23rd, 1946 and January 14th, 1947, together with Lehi members Arieh Ben-Eliezer, Reuven Franco, Rahamim Mizrahi and Yaakov Meridor. With Ben-Eliezer, he made it to the border of Abyssinia (Ethiopia) and from there to Djibouti (then French Somaliland), where they were captured. Britain demanded their extradition from the French authorities, who refused. They were transferred, via warship, through the Suez Canal, all the way to France, where they received political asylum.

On May 20th, 1948, after the British had left and the State of Israel had been declared, Shamir returned to the homeland. As the Lehi was demobilized and its members recruited into the new Israeli Defense Forces, he established, together with Eldad and Yellin-Mor, the Fighters’ Party, made of Lehi veterans. Shamir served as the general secretary. After the assassination of Count Bernadotte, who wanted to carve up Eretz Israel and to reduce the Jewish state beyond the boundaries determined by United Nations General Assembly Resolution 181, Shamir managed to escape from detention and took action to restore the party’s legality. After he was pardoned, he left the underground and returned to his work organizing the party. Once the party was dismantled, he left public life and began working in the private sector. From 1955 to 1965, he held a senior position in the Mossad. Upon completing this, he returned to the business world. Nevertheless, he remained active during this time, working on the plight of Soviet Jews who wanted to immigrate to Israel. In 1970, he joined the Herut Movement. He was elected to the leadership, where he directed the Aliyah department and then the organizational department. In 1973, he was elected to the 8th Knesset, serving on the Foreign Affairs and Defense Committee and the State Control Committee.

In 1975 and 1977, he served as the director of Herut. After the party joined the government, he was chosen as the Speaker of the Ninth Knesset. During this time, Egyptian President Anwar Sadat visited Jerusalem. Shamir abstained from the vote on the Camp David Accords and the treaty with Egypt. In 1980, he became Foreign Minister. He renewed diplomatic relations with a number of countries in Africa. In June 1981, as foreign minister, he supported the bombing of the Osirak nuclear reactor in Iraq.

When Menachem Begin resigned as prime minister, Yitzhak Shamir was chosen as his replacement. On October 10th, 1983, he presented to the 10th Knesset the first government headed by him.

Shortly afterwards, he visited Washington, DC. He met with President Ronald Reagan and his aides, planning strategic cooperation with the United States. His government lasted only eleven months, as he chose to advance the elections.

In 1984, the elections for the 11th Knesset were the first opportunity for Shamir to lead the Likud. As the Likud and the Alignment were tied, a national-unity government was established. There was a rotation agreement between them, according to which Shimon Peres would serve for the first twenty-five months, while Shamir would be foreign minister and acting prime minister in Peres’s absence.

While he was foreign minister, he emphasized connections between Israel and the European Economic Community. Poland and Israel renewed diplomatic relations.

On October 20th, 1986, Shamir replaced Peres until the elections for the 12th Knesset. He advanced relations with the United States but also promoted links with the Soviet Union, exchanging consular officials.

On December 22nd, 1988, after the elections for the 12th Knesset, a unity government was again established, under his leadership. This lasted until March 15th, 1990; three months later, a nationalist government was established, centered on the Likud.

As prime minister, he opened negotiations with neighboring Arab nations, based on honesty and commitment to the Camp David Accords. In order to advance the political process, he proposed a new peace initiative, including elections for the Arabs of Judea, Samaria and the Gaza Strip.

The Madrid Conference on October 30th, 1991, was sponsored by the United States and the Soviet Union (which would soon dissolve), with the participation of Israeli, Syrian, Lebanese and Jordanian-Palestinian delegations.

After this conference, direct negotiations began, with the aim of a comprehensive Middle East peace. Territorial withdrawals were never suggested to the Arab countries.

During his term as prime minister, between 1988 and 1992, 400,000 Jews arrived from the Soviet Union and 30,000 Jews from Ethiopia. He advanced the Jewish settlement of Judea and Samaria. Due to his policies during the Gulf War, Israel’s international status improved dramatically.

In the elections for the 13th Knesset, on June 22nd, 1992, the Likud lost, and Shamir joined the opposition. Benjamin Netanyahu was chosen to lead the Likud, and Shamir helped him rebuild the movement and be elected as prime minister, but after some time he became disappointed with his character and his management style.

In the elections for the 15th Knesset in May 1999, he supported the National Union Party, headed by Benny Begin. Shamir opposed relinquishing any territory in Eretz Israel or establishing a Palestinian state.

His books include “Neum Rosh HaMemshala” (The Prime Minister’s Speech; Yair Publishing, 1990) as well as his autobiography, Summing Up. There he wrote, “If history remembers me at all, in any way, I hope it will be as a man who loved the Land of Israel and watched over it in every way he could, all his life” (Summing Up, published by Little, Brown and Company, 1994).

Yitzhak Shamir was an Honorary Citizen of the City of Jerusalem.

He was married for half a century to Shulamit (Sarah) Levi, who was not only his life partner but his best friend. Shulamit was a Lehi member and his aide in the underground. She was arrested and imprisoned by the British in the women’s prison in Bethlehem while Yitzhak was in exile in Africa; their two-year-old son was then at home. She spent eleven days on a hunger strike.

Their children are Yair and Gilada. Their grandchildren are Shai, Michal, Dror, Tali and Elad.