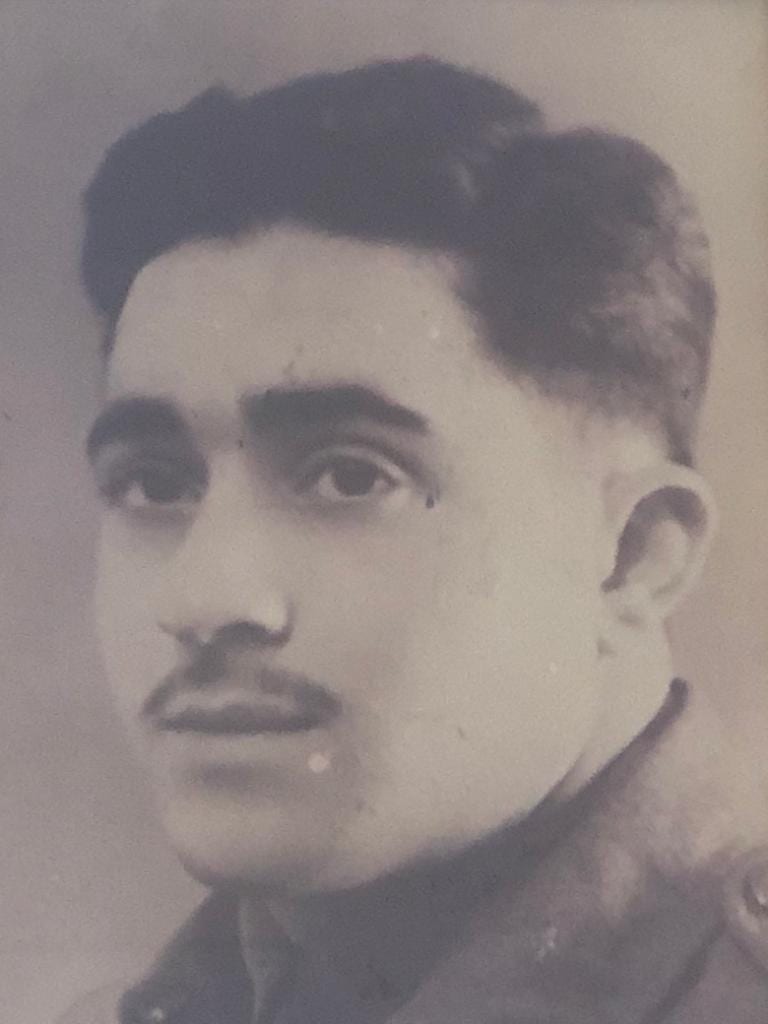 Baruch Efrati son of Haim and Ruhama was born in Jerusalem in 1926 in the Shmaya neighborhood and studied at Talmud Torah in the Old City of Jerusalem. With the events of the Arab revolt in Jerusalem in 1939, his family moved to Yemin Moshe and from there to Lifta. At a young age, he enlisted with the Notrim, using falsified documents stating he was older than he was. In the Notrim he worked as a guard in the Dead Sea region. As part of the Palmach, he was then transferred to the Haifa area to help immigrants arriving on ships, but since he could not swim, he did not continue there and was stationed in a training camp in Na’an, where he contracted malaria. After his recovery in 1944, he enlisted in the Hebrew Brigade of the British Army to help fight the Nazis. Baruch was stationed in Italy. As part of the Hebrew Brigade, they hoped to stop the German army from reaching the Middle East and support the immigration of Jews who fled Germany to Israel. After the war concluded, he continued to persecute Nazis in Austria and Germany and assisted in capturing Nazi soldiers as war criminals. During this period, he was injured by shrapnel and returned to Israel. Baruch joined the Lehi and his underground nickname was “Tamir”. As part of Lehi, he participated in many operations and battles, including the occupation of Sheikh Badr, Ein Kerem, Deir Yassin, the Atarot area and Neve Ya’akov. After Brandot’s murder in 1948, he was arrested and imprisoned in Acre for 4 months. After the declaration of independence, he enlisted in the IDF in the Armored Corps. He served in the reserves for many years and fought in all of Israel’s wars until the Yom Kippur War. He received the Lehi badge and the State Warriors badge. Baruch married Tzipora Sar Shalom and they had 5 children, Yair, Shlomo, Dror, Ruhama and Etti. Baruch died on Wednesday, February 4th, 2014, and was laid to rest at Har Hamenuchot cemetery in Jerusalem.