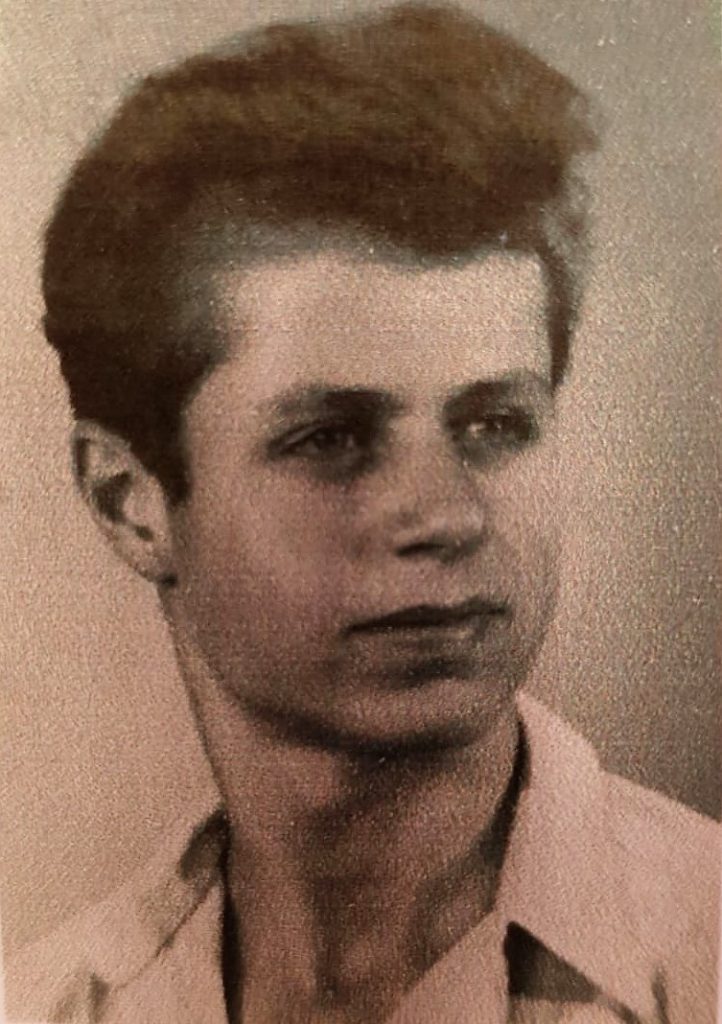 Eliyahu Pesso, son of Flora and Moshe, was born in Haifa on Thursday November 4th, 1932. His father came from Turkey and his mother came from Egypt. Eliyahu attended the “Netzach Israel” school. At the age of 13, he joined Beitar with his brother Yankale, and then joined the Lehi and received the nickname “Bar-Yochai”.

He took part in hanging posters, distributing propaganda material, weapons training and krav maga. After November 29, 1947, when conflict began in Haifa, Eliyahu, together with Lehi members, took an active part in the occupation of Haifa. Eliyahu enlisted in the IDF in October 1948 and joined the Navy in Atlit. During training he contracted pneumonia and was discharged from the IDF in May 1949. In September 1949, he volunteered for the Merchant Navy as a crew member on the ship “Theodor Herzel”, that brought immigrants from Italy and France. In May 1950, Eliyahu was recruited to the IDF again in order to complete his service and was stationed in the Artillery Unit, from which he continued to permanent service in command, training and staff positions.

He participated in the Sinai War, the Six Day War and the Yom Kippur War. Eliyahu was discharged from the IDF in 1975 with the rank of Lieutenant Colonel, with the State Warriors badge, the Lehi badge and other war commendations. In 1952 he married Hemda Levy and they had three children, Michal, Itamar and Assaf. In 1986, Eliyahu and his wife separated. In 1987 he married Tamar Gerti and they had two children, Hamutal and Doron. They broke up in 2000. In 1976 he started to work for the Jerusalem Municipality and was appointed by Teddy Kollek as the Director of Emergency and Security in Jerusalem, in charge of the security of educational institutions and as head of staff of the local Emergency Committee.

In September 1987, his son Assaf was killed in a car accident when he was only 18 years old. Eliyahu retired in 1991 and returned to live in his hometown of Haifa.