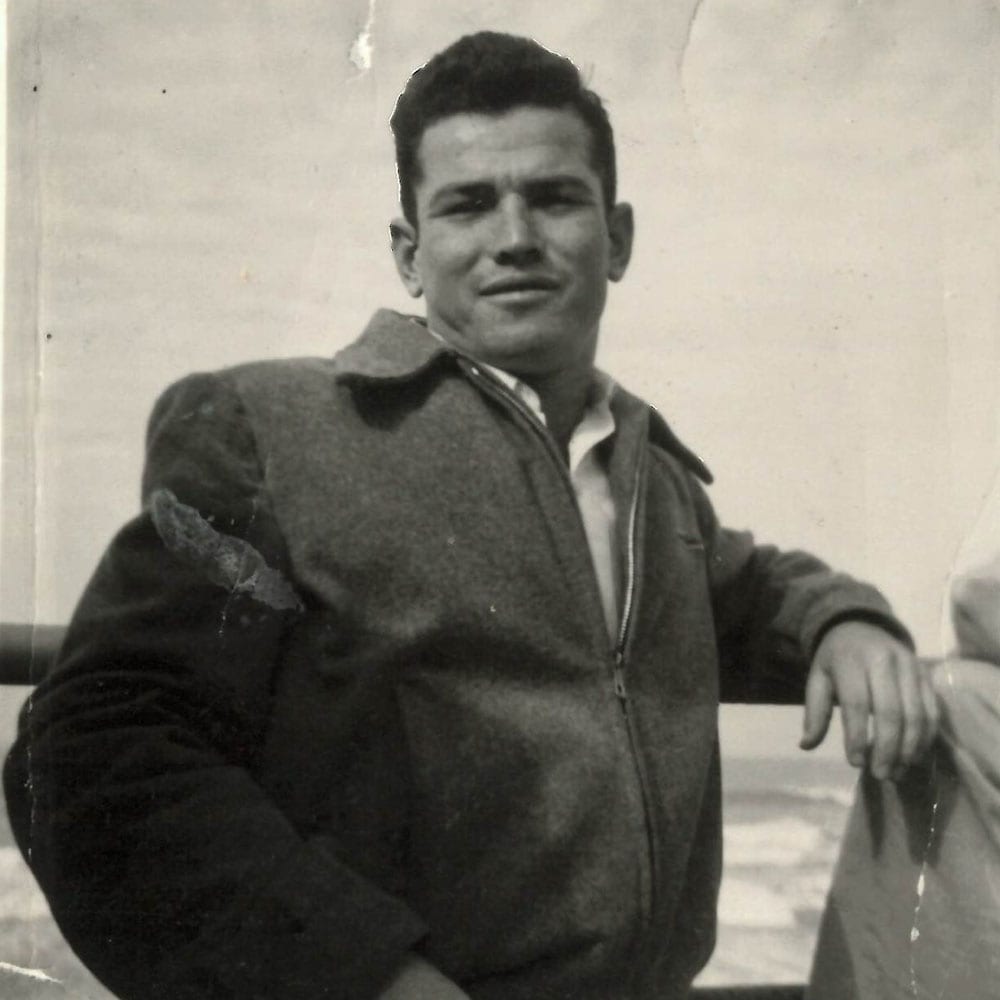 Avraham was born on 22 July 1927, to Yehuda and Sarah, who made aliyah from Poland, youngest child among seven.

Avraham helped his father build their house on Hashmona’im Street, where the family lived all their lives.

From a young age, he hoped the remove the British occupier, and therefore he joined the Palmach at age sixteen. Avraham was part of the demolition of the Bnot Yaakov Bridge on the Night of the Bridges. However, since he believed that it was necessary to take a more aggressive tack against the British, he joined Lehi’s operations division for the Tel Aviv and southern region. He took part in the operation to blow up the railroad by Rehovot, and in additional activities as well.
When the State was established, he joined the IDF on 29 May 1948, together with other Lehi members. Avraham was assigned to the old man’s unit (under Yitzhak Sadeh), serving in the armored Battalion 82. He fought in all the brigade’s battles, as a squad commander. He was a warrior but also full of compassion, displaying a high level of ethics. He would repeat his motto, “The Eternity of Israel will never be eliminated.”

In 1961, he married Aliza Kobrin, and they had three children. Most of his life, he worked in diamond polishing. Later, he worked at the International Bank.

Avraham passed away on February 19, 2011. He was buried in the Modi’in Cemetery.