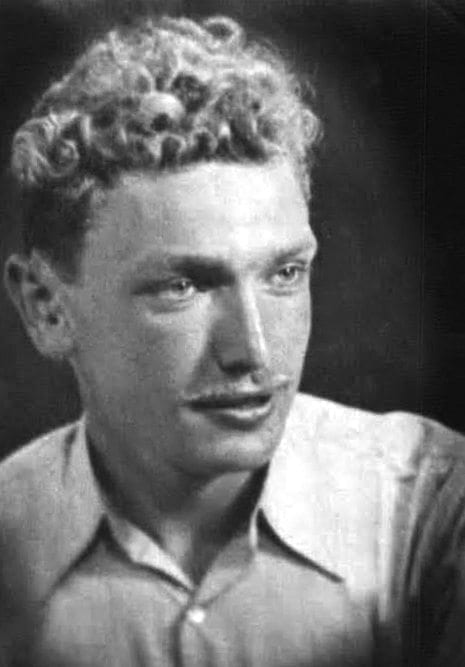 Menahem was born on the first day of Rosh Hashana 1923 in the settlement of Yavne’el to his mother Bat Sheva, née Habbas, and his father Dov. Both were descendants of famous rabbinical families such as those of Rashi and the Gaon of Vilna, etc. The Luntz home was full of Jewish, Hebrew, traditional culture, with its fundamentals lying in study, humanism, love of the Land and People of Israel, Hebrew language and agriculture as a mission. In his first years, Menahem studied in the elementary school in Yavne’el. When he was nine, the family moved temporarily to Haifa, where he studied at the Netzach Israel School. After completing elementary school, he continued his studies, graduating with honor from the Mizrahi Teachers’ Seminary in Jerusalem.

Menahem was a gifted child, exceptionally talented in science and music, who loved the beatify of nature. He himself was an attractive, well-built youth. He wanted to continue his studies at Jerusalem’s Hebrew University, but he had to devote a year to the family farm because his father had fallen ill and his brother Yosef had enlisted in the British Army.

In 1943, Menahem joined Lehi, choosing the nom de guerre Elazar, after Elazar b. Yair. However, for some reason, his comrades called him Eliezer. When twenty Lehi members escaped from Latrun, Menahem hid two of them in his house in Yavne’el. On the Sabbath, April 1,1944 Shabbetai “Zion” Drucker was brought to his house. He had been injured in a firefight with British police in Haifa. Menahem summoned the settlement doctor, who came to the house and treated Shabbetai with dedication, so that he recovered in a few days. On April 6,1944 as Zion was ready to leave the settlement and return to Haifa, informers told the British that he was at the Luntz home. Soldiers and police arrived in force and encircled the settlement, while another unit surrounded Menahem’s house.

The leader of the settlement summoned Menahem and demanded that he give up his injured comrade. Menahem refused and went back home. The British opened fire with heavy automatic weapons. Menahem and Zion returned fire with their pistols, but their ammunition quickly ran out. They had no chance against the overwhelming firepower. Each saved one last bullet for himself, so as not to be captured alive.

The burial society found that each one had shot himself in the mouth. Menahem was twenty when he died on April 6,1944. He is buried in Yavne’el Cemetery in the Luntz family plot.