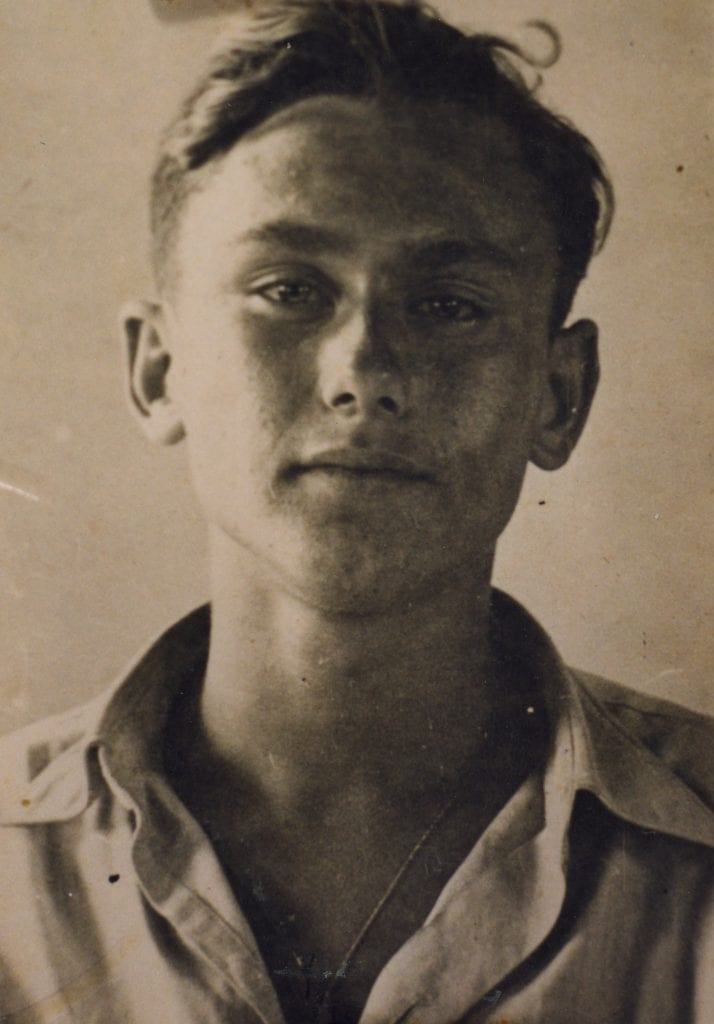 Moshe was born March 3,1932 in Holland to Tsila and  Avraham Eliyahu, a Yeshiva student who came to Israel from Poland 1919, studied construction and worked in it at Solel-Boneh for half a century. He was among the founders of Agudat Yisrael Workers.  Avraham left for Holland 1929, married, and returned to Israel 1932 with his wife and baby son Moshe. Moshe received a religious/nationalist education. He studied at  Bilu school, Moria high-school, and Torah studies at Beit-Yoseph Yeshiva Tel-Aviv. He was a member of Mizrachi Youth Movement. Living near ‘Metsudat-Ze’ev’, he associated with Beitar youngsters, and was influenced by them. A person he admired  who became his inspiration was Shlomo Ben-Yoseph, the first prisoner to be hung. The murder of Yair 1942, influenced him greatly, and he naturally, tried to  connect with Lehi once he grew up. End of 1946 he was recruited to Lehi, integrated in the youth division. Moshe fulfilled his duties dedicatedly, during  night activities, distributing info-material, serving as contact person, surveillance, pasting up info-bulletins. After establishment of the State he joined the IDF with the other Lehi members May 29,1948, the day the Old City of Jerusalem fell. He was assigned to the 82nd Battalion, 8th Brigade, Division A – Armoured Corps division, as a wireless radio operator. He was injured during ‘Operation Dani’ battles. After the war ended, he continued volunteering and serving the nation. He served in the IDF until retiring 1972, as a Major. He had fulfilled a range of assignments in the IDF, including:  Branch Head of New-Conscripts Selection, Deputy Chief-Censor, Personnel Branch-Head’s Bureau  Chief and more. During the Six-Day War he served in Lachish region, responsible for organizing Personnel in the area of southern Mt. Hebron, while the IDF was confronting the Jordanian Army. During the Yom-Kippur War he served four months as Chairman of the Committee  Co-ordinating Emergency Reserves Duty at the southern front. After his discharge from the IDF, he did a tour-guide course and was secretary of Tel-Aviv’s Taxi Association. In 1955 Moshe married Alufa Samsonov; they had four children plus five grandchildren.