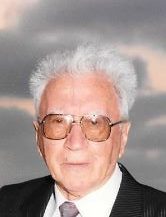 Yehezkel Amir, son of Dov and Sarah, was born in Poland on May 29th, 1922 and made aliya as a child in 1933. The family lived in Tel Aviv. In 1945 he joined the Lehi Underground as a fighter for the Intelligence and Publishing Divisions in Tel Aviv and the surrounding area under the command of Shmuel Kaplan “Asher”. During the underground period, Yehezkel took photos and documented the events. He participated in an underground mission to recruit people and resources. He received the Lehi badge. Yehezkel came up with the idea of establishing the Lehi Forest and together with Tuvia Chen-Zion worked many years to realize the idea.  He was a member of the association established in 1996 to implement the idea. The Moreno Foundation, managed by Yehezkel, donated money to build the Lehi Warriors Memorial in the Lehi Forest. In 1969 he married Tzipora. He worked at a printing press for decades. Yehezkel died on Tuesday, January 28th, 2009 and was laid to rest in the cemetery in Kiryat Shaul in Tel Aviv.