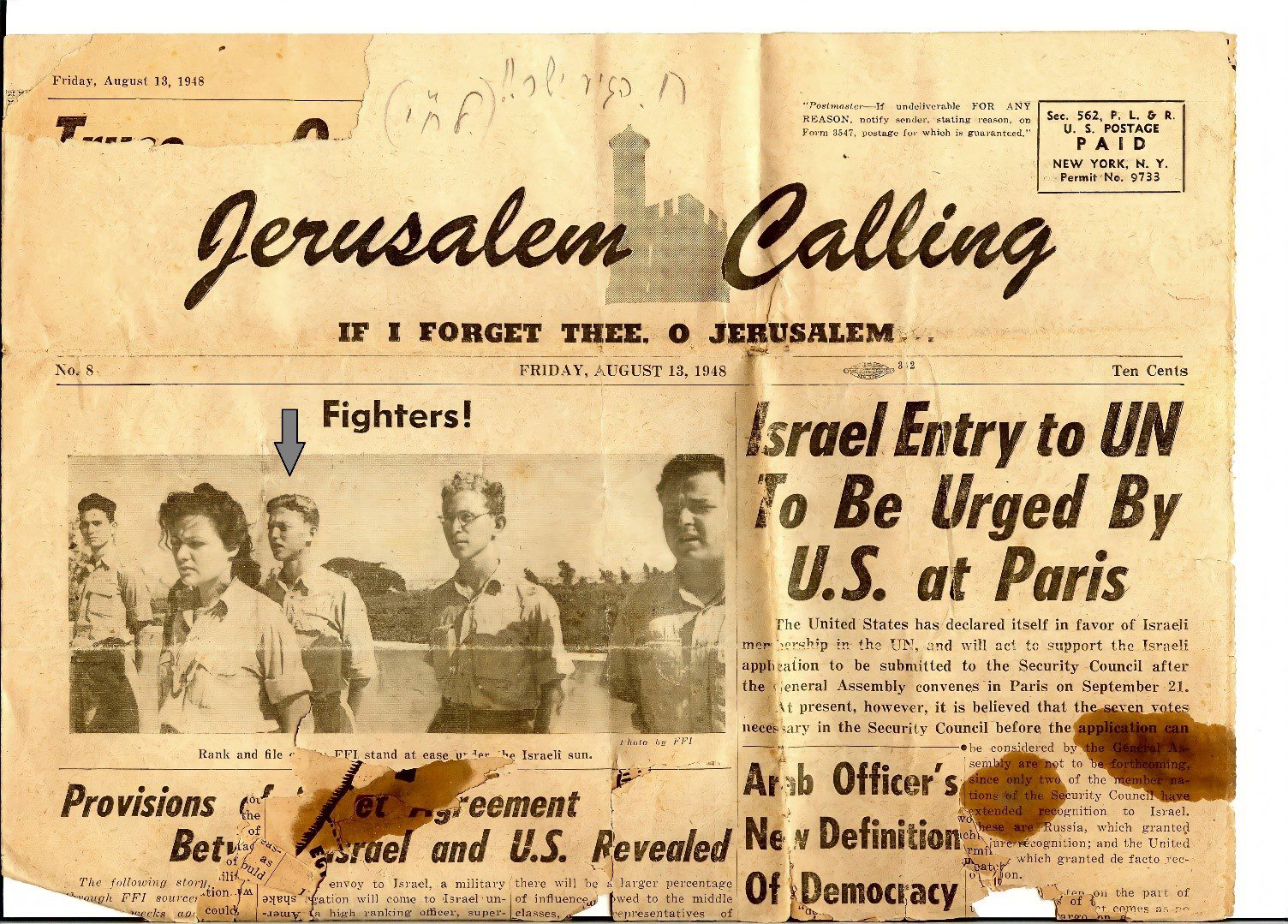 Shlomo Abramovich, son of Dvorah and David Yossef was born in Tel Aviv on December 23rd, 1928. He was the second of six children. His brother Meir and his sister Rivka joined the Haganah.

When he was about 15 years old, he joined the Lehi underground and was active in the Tel Aviv Operations Division and served as a weapons instructor in Petah Tikva.

Due to his external appearance of light hair and blue eyes, he could be identified as British. For this reason, he was chosen to participate in funds seizing operations together with Ya’akov Grenek “Dov”. In one operation, the British chased him because they thought he was “Dov”. In another operation, Jews also began to chase and shoot at him. Shlomo began shouting repeatedly “Jews are killing Jews” until they stopped.

In Shlomo’s backyard, Lehi weapons were kept. One day a search was conducted by the Haganah in order to locate weapons hidden in the house. The weapon was not found, but a pair of soldiers’ boots were found. The Haganah members questioned Shlomo regarding why he was holding this type of boots. Shlomo replied that they belonged to his brother Meir, a member of the Haganah and suggested that they ask him themselves. After the search, the weapons was moved from the backyard to another hiding place.

Shlomo’s mother learned that the British were searching for Shlomo. Three British police officers came looking for him at his house in the middle of the night. Shlomo pretended to be asleep. The soldiers tried to interrogate him, but he pretended not to understand, and the soldiers gave up and left. That night, Shlomo left his home and spent the next two years on the run or in safe houses.

When Meir, Shlomo ‘s brother, was killed, the family did not know where Shlomo was hiding and there was no way to inform him. Only his sister Rachel knew how to find him, and she was the one who had to tell him about his brother’s death and assisted him to attend the funeral.

Shlomo served as a teacher in the Yair camp in the period following the British departure from the Tel Aviv area and until the IDF recruitment of Lehi members.

After the independence of the State of Israel, he joined the IDF and served until 1967, after the Six-Day War.